A Path Towards Success: PMP Preparation!

5435 views
In All Blogs, Success Stories / / By: Narayan Acharya

I have been in Project Sector for the last 29 years. I have handled many Mega Electrical projects but was not having any formal Project Management Education.

I have been in touch with many PMP certified professional mostly from the IT sector. I was having the impression for many years that this PMP certification is limited to IT Sector only.

In 2016,  when I joined an overseas company in Ghana West Africa, there I came across many Construction Managers having PMP certification from PMI. I got very good exposure to the best Project Management Practices in Ghana and during this stay, I realized that I should have this PMP certification.

After my return to India in 2018, I approached ProThoughts who gave me details of PMP certification. Same time I had decided to start my own company and I thought having formal Project Management Certification will give me an edge in the business.

I attended 4 days of Project Management Training conducted by my mentor Mr. Ashish Sadekar in February 2018.

Mr. Ashish Sir explained step by step the basics of Project Management and it was a very interactive session. We were taught as per the Sixth edition of PMBOK which was recently updated.

I started the studies with the handouts given to us as Rita Mulcahy book as per Sixth edition was not available. It took me 2-3 weeks to go through the handouts.

After this, I got the RMC book and started studying the book. RMC is a very good book for preparing the PMP exams. I went through the entire books 3 times until my concepts were clear. One thing I liked about the book was the Question Bank given at the end of each chapter and then the Answers with reasoning for selecting the particular options. Here we have to maintain an excel sheet with Question number on one side and various options we are answering in various tests. This gives me a clear cut understanding of my progress of studies.

Next, we got the Mock test link which was another good initiative by ProThoughts. First I got 4 mock test links and after completion of the revision of RMC book, I use to appear for Mock test.

After every Mock test, I used to Analyse the results and copy the entire Question and Answers in an excel sheet and make the study of results Knowledge area wise. With this, I came to know my gaps. Then I did my revision according to the weakest one first.

I appeared for refreshing classroom session of Mr. Saurabh Parekh before appearing for my first attempt on 26th December 2018. But somehow could not clear the exam. Mr. Ashish Sir explained to me the probable reason. The main reason was understanding of questions. He suggested me to read the questions thoroughly and concentrate on Comprehension. He also suggested to send him my doubts which were explained nicely by him.

He always uses to tell that we PMP study shall be separate and we should not relate with our professional work. This was my biggest mistake and I quickly corrected the same. My weakest Knowledge area was Integration Management which I studied for 2-3 times.

Lastly just when I was appearing, ProThoughts came up with a new method of  Online Webinar for PMP preparation exams. This was conducted by Mr. Arvind Nahata who further clarified my remaining doubts. This session was interactive and many doubts I could clear while listening to the webinar.

I also had practiced various sub-activities of all the processes through card games given on the RMC website. It gave me a good understanding of the sequencing of various activities.

Finally, I appeared for my PMP re-exam on 10th April 2019 and cleared the Project Management Certifications.

I give the credit to the entire team of ProThoughts for this success as it was a very tough task to clear the exams at of 50.

How Gamification will make your Corporate Training interesting? 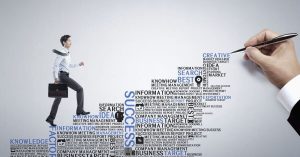 A Path Towards Success: PMP Preparation!